This year’s Islay Sessions will take place 17th – 19th November, and a very varied and exciting line up is planned with Tannara, Joy Dunlop and Jenn Butterworth & Laura-Beth Salter performing at the main Saturday night concert.

Nominated “Up and Coming Artist” at the 2016 Scots Trad Music Awards, Scottish four-piece Tannara play what is best described as contemporary Scottish folk music; considered, complex, arrangements that surround original tunes, modern tunes and traditional ballads. Converging from across the country, the band are all entangled within Scotland’s rich web of traditions. Their debut album, “Trig”, was produced by BBC Radio Folk Award winner Rachel Newton, and released in 2016.

Crowned Traditional Singer of the Year & Traditional Dance Champion at the 2015 Pan Celtic Festival, Joy Dunlop is a Gaelic singer and step-dancer from Argyll, Scotland. Her singing career is the result of a lifelong fascination with Scotland’s traditional music and has led her all over the world; from major Celtic festivals to touring the UK, Europe, Canada and New Zealand. Through her singing, she showcases Gaelic music and song in a contemporary way that always remains true to its roots. Nominated as Gaelic Singer of the Year 2016, 2011 & 2010, she has also won both the coveted Royal National Mòd Gold Medal and the Oban Times Gold Medal. 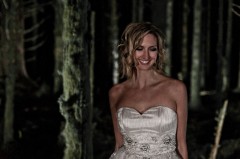 Jenn & Laura-Beth have each been a presence on the UK folk scene for a number of years and released their debut album “Bound” in 2016. They were brought together by the close-knit and progressive Glasgow folk music community, spending lots of their time jamming an eclectic mix of folk music from across the globe, particularly the UK, Scandinavia and America. The years of playing together brought a deep affinity between the two artists; their rhythms lock tightly, their voices blend so closely that it’s often hard to tell them apart. They have developed a natural telepathy: two musicians bound together.

Our Concerts in the Conservatory were hailed a huge success last year, and this year’s festival will kick off with an intimate acoustic gig in Port Charlotte Hotel’s conservatory with Adam Sutherland & Marc Clement. Adam hails from Errogie on the south shores of Loch Ness, and is one of Scotland’s most exciting fiddle players and composers. Joined on this occasion by fellow Session A9 member Marc Clement, Adam will showcase his fine talent with music from his debut solo album “Squall” and his upcoming second album.

Sunday’s Conservatory Concert will give listeners a rare chance to see multi-instrumentalist Innes Watson perform solo. Innes has carved himself a deep groove in the face of contemporary and traditional folk music of Scotland, which lead to him being awarded “Instrumentalist of the Year” at the 2009 Scots Trad Music Awards.

Alongside these concerts will be informal folk sessions in the Port Charlotte Hotel bar, including a “slow session” for beginners and improvers of all ages on Saturday afternoon. A whisky tour of Islay will also be running over the weekend. More details on this to follow!

Workshops for musicians of all ages will take place Saturday morning, and the participants of this will also gain a performance opportunity with the band at the night time concert in Bruichladdich. For more information, or to making a workshop booking, email islaysessionseducation[at]gmail.com

Tickets for all events are available on Eventbrite and on the door on the nights. Purchase in advance is available now online at www.islaysessions17.eventbrite.co.uk

Festival on the Islay of Islay
View all posts by islaysessions1 →
This entry was posted in Blog/News. Bookmark the permalink.
%d bloggers like this: